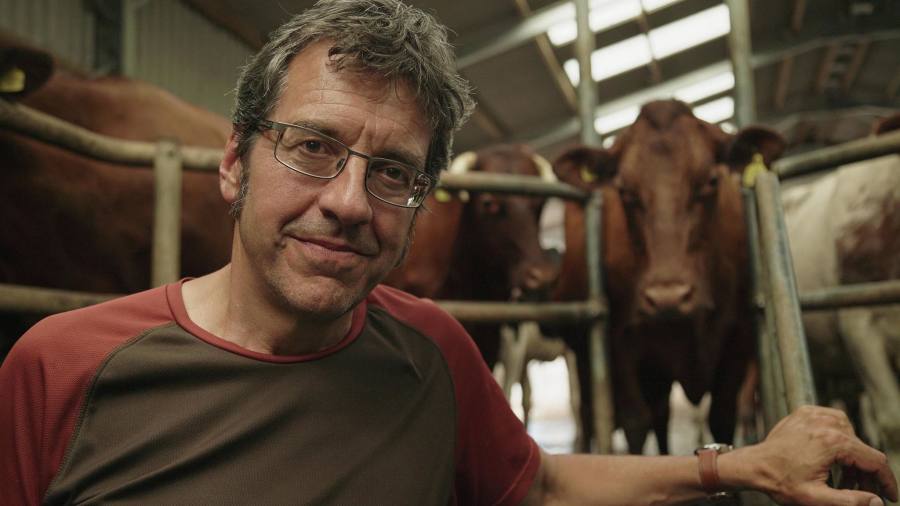 Vegetarians and virtuous eaters should be warned that any feelings of smugness or superiority will quickly dissipate on watching George Monbiot’s radical take-down of food farming. Those free-roaming chickens and blissfully wandering dairy cows take up far too much land, for a start. A scientist proposes that one day his grandchildren will be amazed and disgusted to learn that human beings actually used to eat eggs. Even idyllic organic farms have too great an environmental footprint, when the growth in the human population is taken into account. “The food industry is destroying the living world,” Monbiot proclaims.

He’s the sort of chap who, on roaming Wordsworth’s beloved Lake District, can only mutter: “To me it’s an environmental disaster zone.” Those bare, majestic fells might be an artist’s delight but they should rightly be tree-clad and rich in diversity. The culprits? The fleecy creatures with a fondness for saplings have rendered the landscape “a sheep-wrecked desert”. So that’s lamb off the menu then.

Monbiot shares some startling statistics, demonstrated by a scale model showing the various proportions of land use in Britain: some 51 per cent given over to grass to feed animals, while 10 per cent is tree-covered and only one per cent horticultural. When an average of £26,000 pa is given in subsidy to each farm in the UK, why aren’t we paying farmers to abandon crops and grow those giant carbon sponges, trees, instead? Two million chickens are eaten every day in the UK, and the soil can’t absorb all the droppings. A vegan, Monbiot has a somewhat unhappy encounter with a dairy farmer, especially when it transpires that each month she has to bring in a tonne of feed, including environmental baddie palm kernels, to supplement the animals’ avid chomping.

But if his dream comes true and Britain is rewilded back to a wolf-haunted forest reminiscent of a Grimms fairy tale, what will we actually eat? Meat grown from stem cells isn’t even at the cutting edge these days; Monbiot meets a team of scientists who can seemingly make food out of thin air, or at least bacteria and electricity, thus miniaturising food production. They could grow protein in the Arctic, or even space. He enthuses over a breakfast pancake made from artificial flour: “That is lovely!”

Other heartening news comes from the Netherlands, where land adjoining the river Rhine bought back from farmers has been returned to lush diversity within a short space of time. “Life pours into a place the moment the pressure is off,” Monbiot exults. Even for him the transition will not be easy; he has his own dark moment when tackling “one last monoculture” down the barrel of a gun.

Follow @FTLifeArts on Twitter to find out about our latest stories first. Listen and subscribe to Culture Call, a transatlantic conversation from the FT, at ft.com/culture-call or on Apple Podcasts