The infectious disease, caused by the bacteria Mycobacterium bovis (M. bovis), was identified through routine surveillance testing, the state’s Department of Agriculture & Rural Development (MDARD) said in a news release.

The agency didn’t state the exact number of infected cattle or how the herd contracted the disease.

The free-ranging white-tail deer population across several counties in the state are known to carry the disease, according to the agency. Deer can potentially spread the infection to cattle through direct contact or through contact with the herd’s feed or water supply. 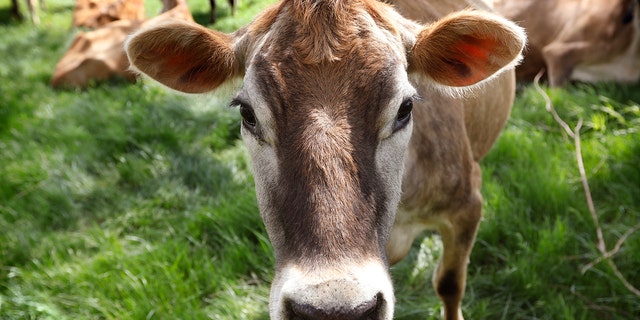 FILE – Bovine TB primarily affects the animal’s respiratory tract, but can also spread to other parts of the body, according to MDARD’s website. (Associated Press)

While the M. bovis bacteria can be transmitted to humans, decades of disease control in cattle and routine pasteurization of cow’s milk have significantly reduced the chances, according to the Center for Disease Control and Prevention.

To prevent the illness from spreading, the diseased animal must be culled from the herd, according to the MDARD’s website. It was working to identify and test cattle that had an association with the infected herd, the agency said in the news release.

The Alpena County beef herd marks the 74th cattle herd in Michigan to become infected with the disease since 1998, MDARD said. The last confirmed case of Bovine TB came from a large beef herd in Alcona County in 2018, FOX17 West Michigan reported.