Skip to content
A byproduct of digestion, methane is produced from both ends of the animals, although over 90% enters the atmosphere via their burps.
And that’s a problem, because methane is a potent greenhouse gas, which traps 28 times more heat than carbon dioxide over 100 years.
As the world’s appetite for beef has grown over the last two decades, annual methane emissions have risen 9% a year. According to the FAO, cattle are responsible for nearly 10% of greenhouse gases generated worldwide by human activity.
Now, a new company — FutureFeed — says it has a solution. The Queensland-based startup was established last month by the Commonwealth Scientific and Industrial Research Organization (CSIRO), the Australian government’s scientific research agency. 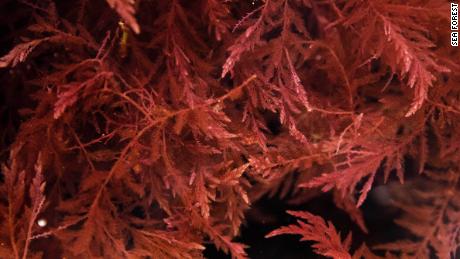 With four other investors including Australia’s largest supermarket chain, Woolworths, the organization hopes to make belching bovines less of a problem — by adding a pinky-red, fern-like seaweed called asparagopsis to their diet.
Freeze-dried and fed to cows as a supplement, asparagopsis eliminated methane “below the detection limits of our instruments,” in tests, says Michael Battaglia, a research director for CSIRO and a director of FutureFeed. When the seaweed was first trialed by scientists, it performed so well that they assumed their equipment was broken, he adds.
FutureFeed attributes the seaweed’s methane-busting clout to a compound called bromoform, which stop microbes in the cows’ guts producing the gas. Many seaweeds contain small quantities of bromoform, explains Battaglia, but asparagopsis is unusual because it stores large amounts in special cells on the surface of its fronds.
The science is clear, but a major hurdle remains — there isn’t enough asparagopsis.

Until recently, asparagopsis grew only in the wild and had to be hand-picked by divers. As its potential for the livestock sector becomes evident, a fledgling industry is gearing up to grow it on a commercial scale.
Sam Elsom is founder and COO of Sea Forest. Based on the east coast of Tasmania, the company is pioneering the cultivation of high-bromoform asparagopsis and is working closely with FutureFeed to commercialize the seaweed as a livestock feed supplement, he says.
Elsom has secured a 100 hectare marine lease, where he grows asparagopsis on ropes. “The seaweed is seeded onto the lines which are then deployed into the ocean,” he explains. 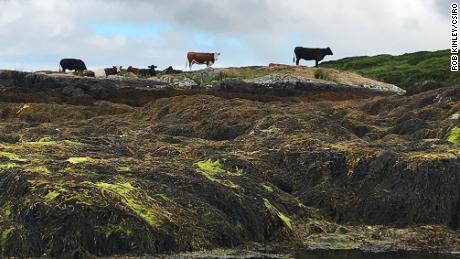 The seaweed is also farmed on land, in large, aerated tanks filled with fresh ocean water, and raceway ponds — structures equipped with paddle wheels that circulate the water, says Elsom.
Sea Forest is developing a range of farming techniques with a view to licensing its cultivation models to growers elsewhere, says Elsom. Asparagopsis is native to Australia and flourishes in Tasmania’s nutrient-rich waters, he says, but in other parts of the world, and inland areas, land cultivation might be the best option.
But even with the best technology, will it be possible to grow enough asparagopsis to make a significant dent in the methane problem?
Battaglia estimates that Australia would need 35,000 tons of dried seaweed a year to feed asparagopsis to all its dairy cows and cattle on feedlots — intensive feeding yards where they are fattened up before slaughter.
At present, Sea Forest expects to harvest 500 tons of dried asparagopsis a year at its pilot facility and has plans to triple the annual harvest by 2022, says Elsom. 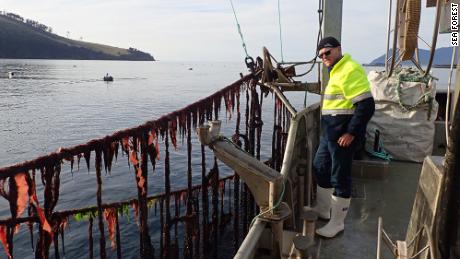 Australia would need seaweed farms covering approximately 10 square kilometers to produce enough asparagopsis for its cows, according to Battaglia. He believes that’s achievable, and points to the country’s prawn farms, which currently occupy a similar area.
Australia is home to around 1% of the global cow population, says Battaglia. Based on the calculations for Australia, feeding asparagopsis to the worlds’ feedlot and dairy herds would require around 3.5 million tons of dried product a year, he says.
The US has the world’s largest fed-cattle industry, numbering more than 94 million animals. Alexander Hristov, a professor of dairy nutrition at Pennsylvania State University, says that according to his team’s math, it would require “over half the global seaweed production” to feed all the cattle in the US asparagopsis at 1% of their feed intake — and that scaling up to a global level is “unrealistic.”
However, Battaglia says that if the asparagopsis is rich in bromoform, it would need to make up only 0.2% of a cow’s diet. Additionally, FutureFeed estimates that if just 10% of the global livestock industry fed their cows an asparagopsis supplement, the positive climate impact would be significant — equivalent to taking 100 million cars off the road. 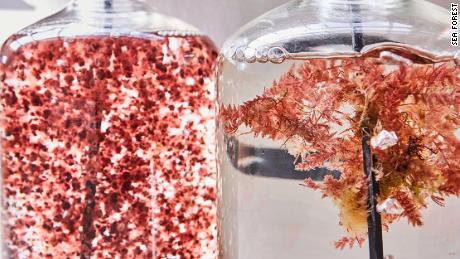 Asparagopsis cultivation will expand only if growers are confident that livestock farmers will buy the seaweed supplement.
Battaglia is upbeat. He says there’s a “strong uptake incentive” for farmers, because not only does asparagopsis reduce methane, it also makes cows grow faster. 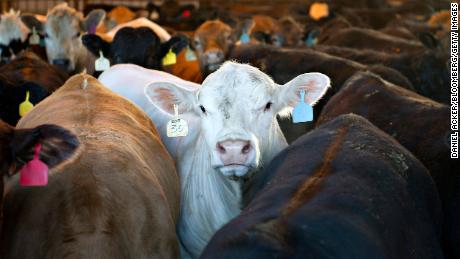 Cows spend around 10% of their energy generating methane, says Battaglia. When they’re fed asparagopsis, that energy is channeled into growth instead, he says. FutureFeed will conduct full-scale trials later this year, to gather data on enhanced growth rates.
Hristov cautions that the long-term effects of asparagopsis are unclear. “There are many unanswered questions around animal health (and) reproduction,” he says, and the seaweed may affect milk quality.
For now, though, FutureFeed believes it’s the best candidate for tackling cow-related methane emissions. The company plans to help build a supply chain between seaweed growers and farmers, with the aim of getting low-methane beef and milk on supermarket shelves by late 2021, says Battaglia.
He points to the broader need to develop technologies that can help feed growing populations, while also combating climate change. “FutureFeed might just be one of those options.”