The Editorial Board
The Wall Street Journal 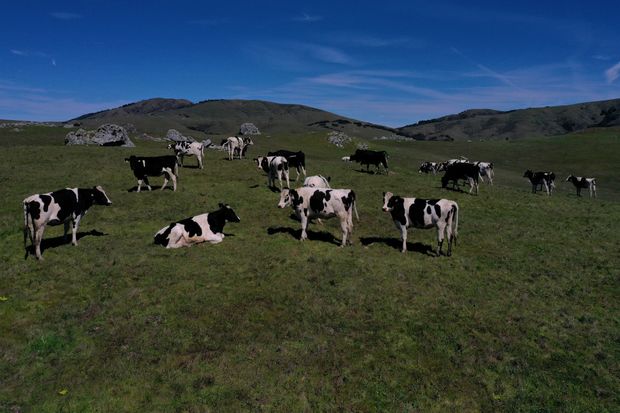 California has plowed billions of dollars into green energy to wean the state off fossil fuels. But now progressives are complaining that biofuel producers are milking government subsidies intended to help dairy farmers cut emissions. Here is another illustration of the left’s anti-carbon contradictions.

In 2016 Democrats in the Legislature mandated that dairy farmers slash methane emissions 40% by 2030. Cow manure and flatulence account for about half of the state’s methane emissions, and curbing the potent greenhouse gas may be the only way the state can achieve its goal of becoming carbon neutral by 2045.

California has thus sunk more than $400 million into machines that capture and convert dairy methane emissions into fuel for ethanol refiners, gas utilities and power plants. Gov. Gavin Newsom has proposed spending an additional $35 million this year on these cow-gas combustors, but some green groups are upset.

They say two biofuel producers, Maas Energy Works and Texas-based California Bioenergy, have captured more than 90% of state grants and are double-dipping on government subsidies. According to a recent report by the left-leaning Leadership Counsel for Justice and Accountability, a state settlement with Southern California Gas Co. for accidental methane releases in 2015 requires the utility to invest “at least $26.5 million to finance at least 12 dairy digesters that are part of three CalBio dairy digester clusters,” nine of which received state grants.

Methane digesters also receive credits under state and federal renewable mandates that can be sold to fuel refiners. Government credits account for 90% of CalBio’s revenue and will become more valuable over time as the mandates ratchet up. California also awards in-state biofuel producers more credits to promote job growth and offset losses caused by its anti-fossil fuel regulation.

California dairies have been shrinking due to the high costs of complying with environmental regulation and water restrictions. By subsidizing methane digesters, the state intended to prevent more dairy farmers from leaving the state for less green pastures. But green groups now say the subsidies will encourage farmers to increase their herds, which could cause more water and air pollution from manure and diesel off-road activities.

Meantime, liberals want the government to spend more to fuel electric-car manufacturers like billionaire Elon Musk’s Tesla. As usual some progressive cows are more sacred than others.