100 Years Ago, for the first week of July 1920, from the pages of the Greeley Tribune-Republican newspaper:

At the Fourth of July Circus in Greeley, there were numerous complaints of illegal gambling and pickpockets. Several people said they lost money to the phony gambling and short-changers. Circus management paid back the people who were short-changed, but not the gambling losses. They said the gamblers were operating illegally and were not part of the circus.

The Bluebirds Girls Club of Greeley ended their summer activities with a picnic at Island Grove Park. There was food and refreshments and wading in the river as part of their fun.

An agriculturist asks, “Where will the next generation of farm laborers come from?” We say they will come from the cities, when the people get hungry.

Two short-change artists were arrested in Greeley just as they were boarding the train for Cheyenne. They confused employees at two local stores and got an extra $5 in change from one and $10 from another. They are currently being held in the Weld County Jail.

Piebe, a registered Holstein cow owned by Sid Gray of Johnstown, is the state’s leading producer of butterfat for the month of June.

At the Democratic Convention in San Francisco, presidential candidate James M. Cox nominated the assistant Secretary of the Navy, Franklin D. Roosevelt, to be his vice-presidential running mate.

State Roadman J.R. VanGorder has named six farmers in Weld County as violators of the water laws. Those six have allowed wastewater to flood over country roads, making some of them impassable.

In northeast Texas, the race riots are over now, and armed volunteers patrol the streets at night. The riots began after two [Black people] were burned at the stake in downtown Paris, Texas.

Two people were injured Tuesday night when their horse became frightened in downtown Greeley and ran out of control. The two occupants were thrown from the buggy at 8th Avenue and 7th Street and the buggy overturned. Both were taken home and appear to be okay.

A guest lecturer at the Colorado State Teachers College here said the only malnourished people in America are school-age children. He said ninety percent of the adult men and women in this country are overfed.

Editorial: “Malcolm McAdoo says the Republicans will sweep the country this fall. McAdoo always was the brightest member of the McAdoo family.”

People at a village here have reported that a cow is standing in a pond waiting for death after explosives wrapped in dough blew up its jaw, a case similar to the one that caused the death of an elephant in Kerala in May.

Police have arrested two men and a vet has been assigned to take care of the stray animal — which local residents say could be a cow or an ox — in Datauli village under Maharajganj police station of the district.

Those arrested have been identified as Satyanam Triveni, 32, and Bhola Ram Dayal, 35, the police said.

He said the cow was in search of food and ate the dough.

Ayodhya Chief Veterinary Officer Dr A K Shrivastava told PTI that a veterinarian has been sent to the spot. “I received Ayodhya DM’s text message on my mobile and have sent a doctor to the spot,” he said.

The news comes after a pregnant elephant died in Kerala’s Palakkad in May after it accidentally ate a fruit stuffed with crackers, triggering a widespread outrage. A cow that was grievously injured by chewing an explosive-laden substance in Chittoor district expired in the wee hours of Wednesday.

The appalling incident occurred on Sunday evening at Kogileru village of Peddapanjani mandal when few cows from a goshala wandered into the nearby forestry area. Crude bombs kept in rotting substances were placed in the bushes to attract wild boars.

Following treatment locally, the badly wounded cow was taken to a veterinary hospital in Tirupati in an effort to save its life.

“The veterinary surgeons there declared the chances of its survival as minimal. We brought the cow back to the goshala and it expired at about 3:30 AM this morning,” Anitha Arjun Reddy, the caretaker at the Sri Jalakanteshwara Goshala said.

Lokesh Reddy, SHO of Panjani Police station told DH that they have arrested three men in connection with the crude bombs, causing the cow’s death.

A case was registered earlier under 286 (using explosives to cause hurt) 429 (mischief of killing, maiming cattle), etc., IPC sections, Section 11 of The Prevention of Cruelty to Animal Act 1960 and relevant provisions of the explosives act.

In another such cruelty on animals, a wild monkey was hanged to death from a tree by three men in Khammam district of Telangana, last week.

The Federation of Indian Animal Protection Organisations condemned the incident and appealed to the governments to act on their responsibility towards animals.

“The brutal killing of a monkey in Telangana is in complete disregard of the constitutional mandates and the Wildlife Protection Act, 1972 provisions. This crime going unpunished will encourage the locals and hunters elsewhere to engage in hunting, resulting in indiscriminate, illegal killings of animals endangering the safety and sanctity of wildlife in general,” FIAPO said.

Life at Oaklawn: A cow, court and camping  Independent Tribune 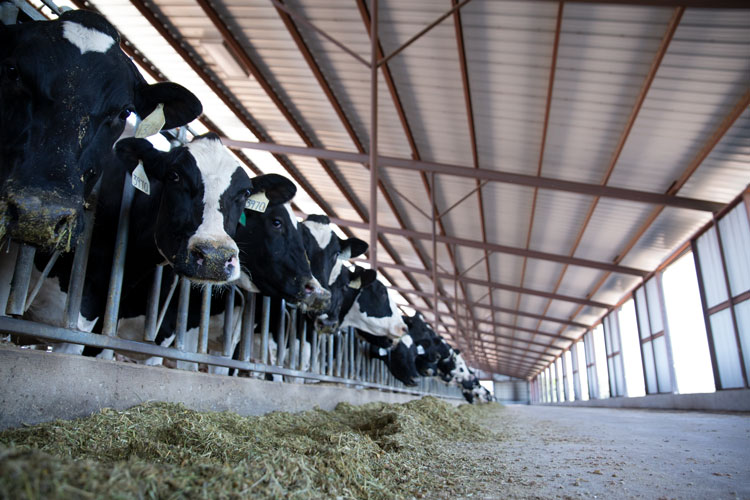 Every inch counts when it comes to the feedbunk, and eating space is one of veterinarian Gary Oetzel’s top feeding management concerns for prefresh dairy cows. Oetzel, a professor at the University of Wisconsin-Madison School of Veterinary Medicine, discussed this topic during a University of Wisconsin Division of Extension webinar focused on dry cows.

Oetzel reminded the audience that mature cows are about 30 inches wide, and that they need that much room to be able to fit at the feedbunk. Enough space for each cow is especially important in barns that don’t have headlocks or slant bars to keep a cow in its own eating spot.

“All cows need to be able to eat at the same time,” he said. “When feed is dropped, they all must be able to eat or there is a considerable price to be paid, especially for dry cows.”

There are several negative effects of inadequate eating space. Cows in these situations eat fewer meals per day and consume larger meals when they do eat, which elevates their risk for ruminal acidosis. Oetzel said limited bunk space also reduces their feed efficiency and increases feed sorting behavior.

Options when the barn is full
He acknowledged that cattle housing is expensive, which is why many farms overstock pens. If providing more eating space isn’t an option, Oetzel said to feed dry cows twice daily, reduce the sortability of the total mixed ration (TMR), and feed for generous refusals (5% to 10% daily).

If times of heavy calving put pressure on your facilities, Oetzel offered some advice to handle these situations. He said that cows can be moved out of the postfresh group sooner, as long as they get at least 10 days in that pen.

Prefresh cows are more challenging to manage, as time in the prefresh pen should not be less than 21 days. “It can be a train wreck if individual cows are not in that pen long enough,” Oetzel explained. If possible, he said to design the dry cow and prefresh barn with flexibility, including movable gates and enough waterers so that different sized pens can be created as needed.