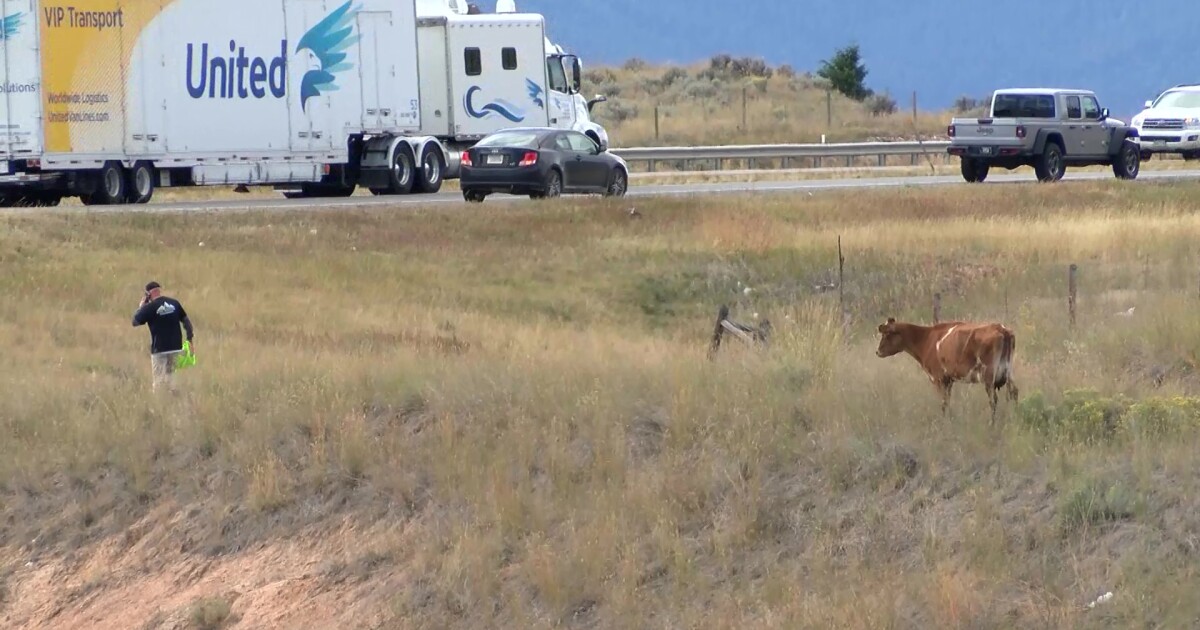 The rollover crash near Butte of a semi truck hauling cattle has prompted the animal rights group People For The Ethical Treatment of Animals (PETA) to work toward putting up a billboard near the crash site.

“Our billboard reminds everyone that cows are intelligent, sensitive individuals who can feel pain and don’t want to die whether that’s on the road or at the slaughter house,” said PETA representative Emily Raap from Virginia.

No people were injured in the rollover that happened at the Interstate 15-90 interchange on September 18th, but one of the 36 cows being hauled was killed.

PETA wants to promote a vegan diet with a billboard.

“Eating meat is completely unnecessary and that raising animals to be slaughtered means a lifetime of abuse and torment for the animals followed by a violent and painful death,” said Raap.

Some people believe that putting a billboard up is just exploiting an unfortunate accident.

Craig Schuett, who works for Excelsior Meats in Butte, said, “I think they’re just taking advantage a little bit of an accident, and accidents happen, people get in more car wrecks than cows do and get hurt.”

And even when PETA puts up the billboard, people in the meat industry don’t think the sign will have much impact on people in Montana who really like their meat.

“We’re a state of rancher, hunters, we like meat, we get a majority of our income derived from ranching, farming industry,” said Schuett.

PETA doesn’t know when the billboard will go up, but wants it near the crash site along I-15.