Skip to content
The trio escaped their enclosures outside Goddard, Captain Lance Beagley of Goddard Police told CNN. Rather than stay put in their pens, it seemed the only road to take was the open one, and the three took off down a street together.
But the conspicuous crew didn’t make it far before authorities discovered them, he said, walking “towards a Northern star.” 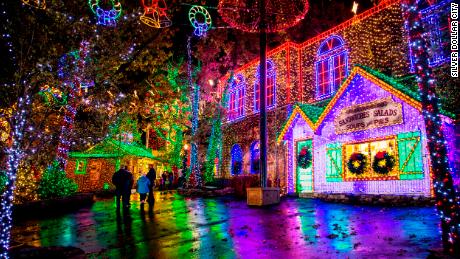 “If we can not locate the owner, we may be halfway towards a live nativity this Christmas season,” Goddard Police Department wrote in a plea to the public to return the wanderers to whom they belonged.
The owner, a wildlife park employee, lived nearby and was easily reunited with the animals. CNN has reached out to the anonymous owner and is waiting to hear back.
For their short-lived freedom, the unlikely companions were “very friendly,” Beagley said, and just needed a gentle nudge to the side of the road to avoid traffic.
They might’ve liked to explore their Midwestern world a bit longer, but their safe return home is a holiday miracle indeed.