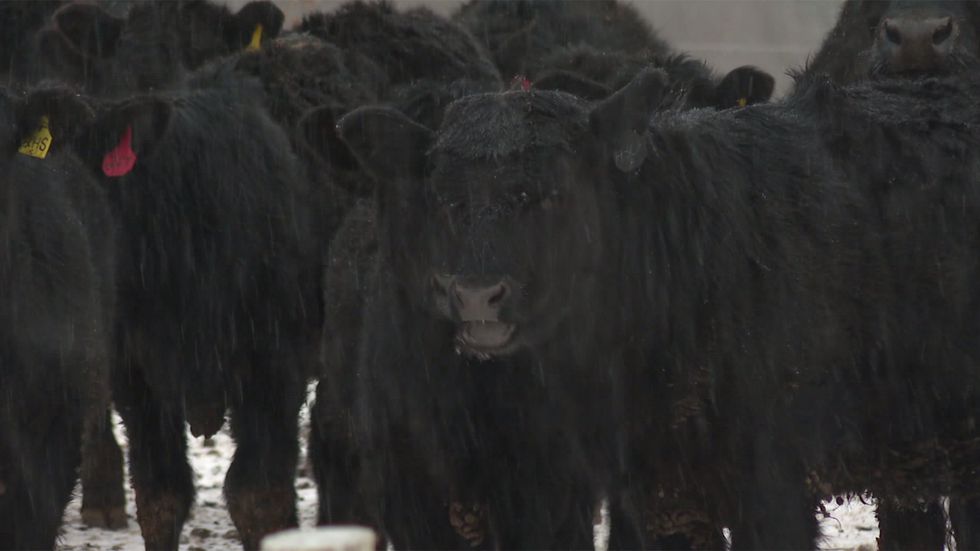 HARTLAND, Vt. (WCAX) – The Sunnymede Farm in Hartland Four Corners is known for its Vermont Angus beef. But there is one cow there, in particular, that is taking fame to a whole new level.

The cow is named H308 and she is not camera shy. But we’ll get to her in a minute.

First, meet the man who made her famous– Wylie Wood. The associate farm manager at Sunnymede Farm is often posting videos on social media.

“Whether it’s calving, tapping trees, boiling sap. Any type of interesting change of seasons or change of events,” Wood said.

A couple of weeks back, H308 broke herself and her bovine herd out of their fenced-in pasture.

“Came out one morning, the gate was down the cows were out. Put the cows back, turned around and she unhitched the gate,” Wood said.

Exactly how the Angus cow did it is no longer a mystery. Wood captured the crime on his camera and posted it to the farm’s social media accounts.

“The other manager shared it with one of his family members and that went on TikTok, and it went off the walls from there,” Wood said.

“In some aspects, I think farmers were chuckling because for years and years, they have been wondering how their cows get out,” Vt. Agriculture Secretary Anson Tebbetts said.

Tebbetts often posts stories and pictures online from farms across the region.

As people become more disconnected from the region’s working landscape, Tebbetts says it’s important that farmers share their stories to connect directly with the consumers who keep them afloat.

“Hopefully it pays back to the farm where they may be able to sell more product. But I also think it tells the general public how important agriculture is to their lives,” Tebbetts said.

At last check, the video had more than 5.5 million views. Wood sold the licensing rights, which is a story for another day. But he says he’s not in it for the money.

“I think it’s our job as stewards to really pass the message on of what we are doing, what we are raising as a product and how we do it,” he said.

The electric fence is now extra secured to prevent another escape. Other than that, it’s business as usual on the farm.

“I don’t know, I still come and feed cows every day. It doesn’t really change much for us,” Wood said.

Wood says he’s not sure how much cash if any the licensing agreement will earn him. He says one thing is for sure, he will not be quitting his day job anytime soon.