Have you ever seen a cow-shaped vending machine? Well, here it is.

The “Smart Cow” project in Turkey’s Gümüşhane, that was launched with the initiative of businessman Cemil Tanguroğlu, is drawing more attention with every passing day.

The huge cow-shaped vending machine, which dispenses hot milk in banana, strawberry and chocolate flavors from its “udders” as well as ayran (Turkish drink) in Fatih Park, has become the focus of attention for city dwellers. 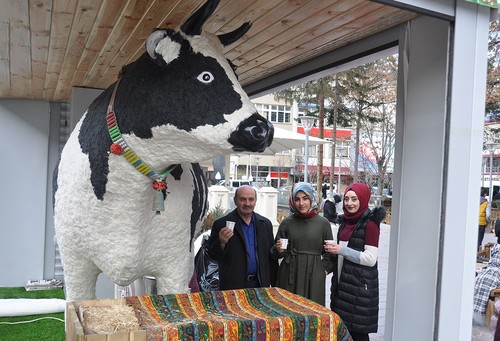 The project, which took around four years to be realized, cost TL 4 million.

Elbeyi Gergin, the promotional and marketing representative of the project, said that Tanguroğlu got the idea to make such a machine after he saw some children go next to cows saying, “give us milk.” 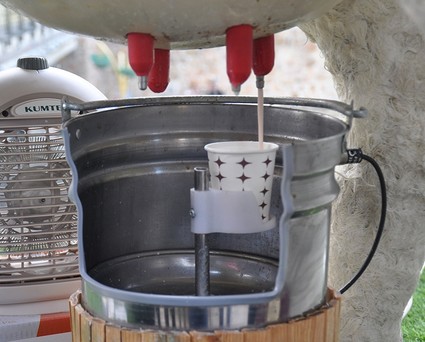 “We think that ayran and milk are very important for children. The aim here is to make our national drink ayran and milk more popular than the other drinks on the market. We also plan to contribute to the manufacturer in this regard. Our goal is to expand it all over Turkey within the next 5 years,” he said.

Hilal Köse, the salesperson of the project, expressed that there was great interest among the city’s residents.

“It has only been three days but we already have so many people coming to see the machine,” she said. “It is very cold in Gümüşhane during this season so hot milk would be very helpful to warm up,” Köse added.