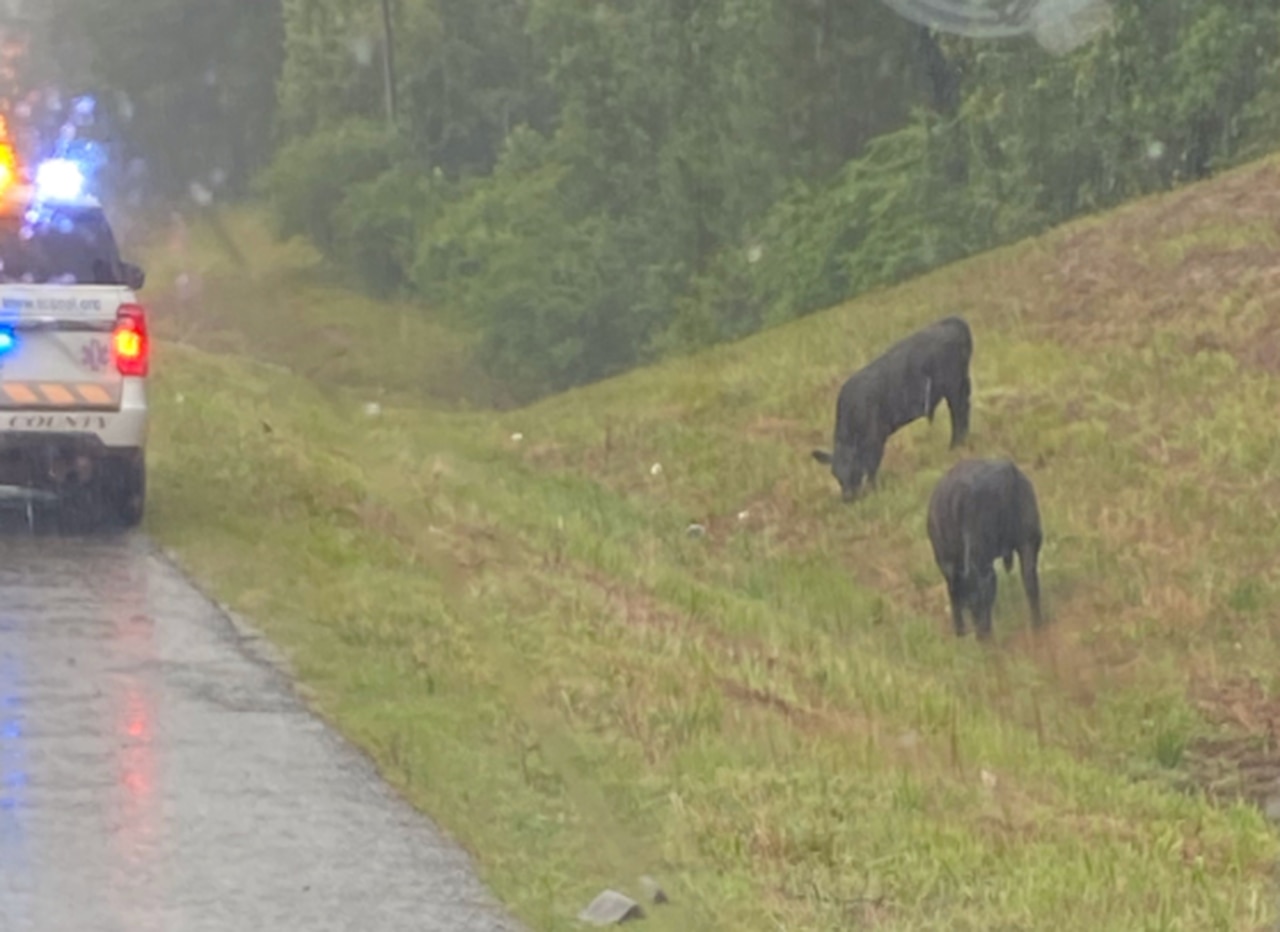 Traffic was halted for a short time Monday on Interstate 59/20 in eastern Tuscaloosa County when a pair of cows – accompanied by a dog – wandered onto the busy roadway.

It took only about 45 minutes for some nearby cowboys to corral and herd the cows back green pastures. No wrecks or injuries were reported, but motorists got quite a show when wranglers on horseback showed up to save the day – and the afternoon commute.

Alabama Department of Transportation spokesman John McWilliams said the ordeal began about 2:15 p.m. The situation was under control by 3 p.m.

It happened near Vance, about seven miles southwest of Jefferson County.

McWilliams said there were only two cows, but since they ran onto the interstate it created a safety issue where personnel needed to close the northbound/eastbound lanes at mile post 93.

“Wranglers from Livingston corralled the cows,’’ McWilliams said, “and they’re now back with their owner.’’