HERTFORDSHIRE, England — In the ongoing fight against climate change, some farms in England are equipping cattle with a new weapon. The invention targets a harmful habit of cows. 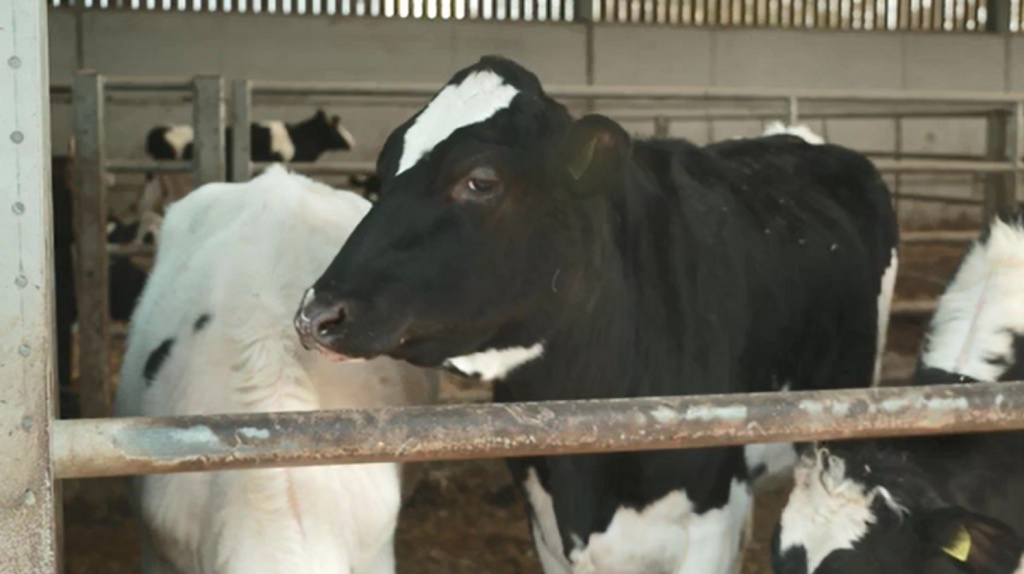 Cattle have been in Fransisco Norris’s life since he was a kid. He comes from a family of farmers and is working to change the livestock industry by reducing climate change, one cow at a time. Norris says “It’s a pressing issue that needs to be dealt with quickly.”

The issue isn’t something you see. It’s something you hear. Climate scientists say cow burps are harmful to the environment because of the large amount of methane gas each one contains. Norris has been studying cow emissions for two years. Norris says, “We are basically monitoring, in real-time, their methane emissions.”

That’s where his company ‘Zelp’ comes in, tackling emissions head-on with a face mask that captures each methane-filled burp then converts it into water and carbon dioxide. According to Norris, it creates cleaner air, but he admits it’s a tough sell at first. “I’m making sure that people understand that this is viable, that this is scalable, and that this is an efficient solution to the problem,” he says.

Scientists say methane emissions are 85 times more damaging to the environment than CO2, and that cow emissions are more harmful than all the cars on the road combined. Norris says, “We face the challenge of moving at the speed that the climate crisis requires.”

Cows also emit methane through their intestines, but experts say their burps are the biggest climate change culprits. And with almost a billion cows around the world belching once every two minutes, their behavior might need a mask and some manners.