Skip to content
The Free State farmer gestures with his giant shepherd’s crook. 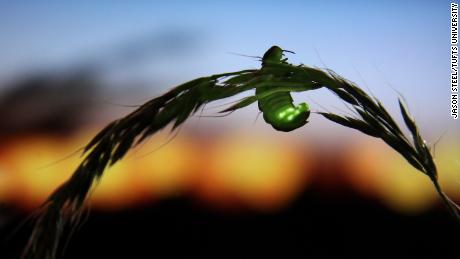 “If cattle are part of nature, like they are now, then my cows are keeping the system alive,” he says. “How could you think that meat is the problem?”
Calls for plant-based diets to save the planet from the climate crisis are growing louder. But there is another, quieter, revolution reshaping the agricultural world. Farmers like Slabbert and their supporters say that what people eat is not as important as how they farm. They believe cattle and cropland could help save the planet.
“I have become a steward of this land and the cows are the key,” Slabbert says.

Before settlers arrived with their guns and wagons, this part of what is now South Africa’s Free State province was an immense grassland. More than 30 species of grass anchored the rolling plains; fodder for millions of migrating antelope. 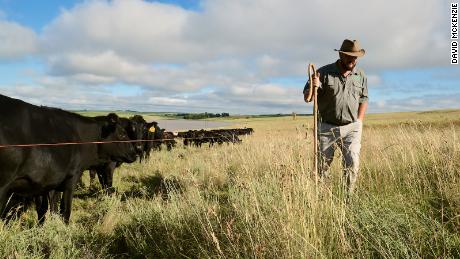 Over time, the wild herds were shot out and much of the plains became corn and potato fields.
There is still plenty of grassland here, or veld, as South Africans call it. Farmers such as Slabbert are looking back to those immense herds to recreate the natural cycle.
“What we are doing is trying to mimic nature,” he says, explaining that 200 years ago, huge herds of animals would have moved over this veld, avoiding predators in their tightly packed groups.” 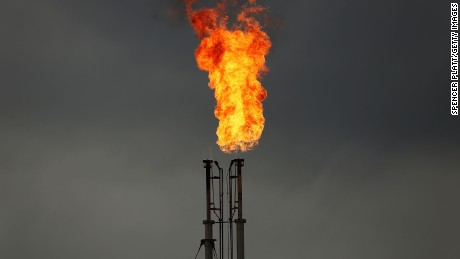 Slabbert says he has rejuvenated the land by drastically increasing his cattle herd. He hems the animals into a rectangular patch of grassland with a low-current wire. For several hours, they eat all of the grasses they can find before the wire lifts, and the cattle rapidly move into a new section.
They are always moving, never selectively eating, just like a migratory herd. The method is called ultra-high density grazing. “These cattle are replenishing the land,” Slabbert says. 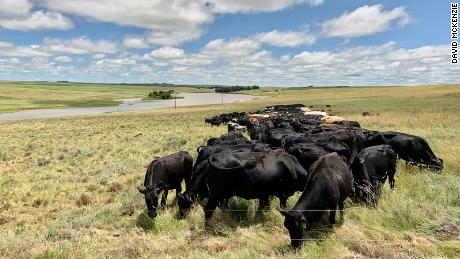 As they eat, the cows do what livestock do. Slabbert kneels down, pulls apart a pile of cow dung, and tenderly picks out a beetle. It lies dormant for a second, then uncurls its legs and strolls across his hand.
“These guys are one of the heroes of the story,” he says, as he gingerly places the dung beetle into its hole. The small insects break up the dung, the big ones haul the natural fertilizer deeper into the soil.
<!–
Conventional thinking says that cows are bad for climate change. After all, livestock contribute to around 14% of all global emissions. Researchers at UC Davis estimate that a single cow can belch around 220 pounds — roughly 100 kilograms — of methane each year. There are more than a billion cows on the planet, so that is a lot of (greenhouse) gas. 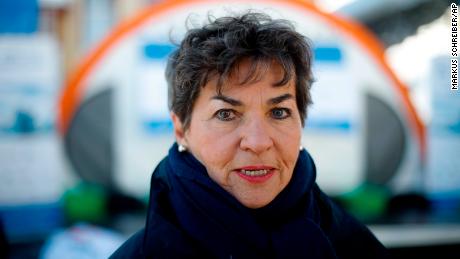 But cows didn’t evolve to sit in feedlots getting fat. Their wild relatives were out in the grassland in large numbers, just like on Slabbert’s farm.
Researchers at Texas A&M University led by Professor Richard Teague found that even moderately effective grazing systems put more carbon in the soil than the gasses cattle emit. Around 30% to 40% of the earth’s surface is natural grassland, and Teague says the potential for food security is immense.
“We studied farms and ranchers that had the highest soil carbon, and, with no exception, they managed their land following the principles where they were trying to do exactly what the bison did. They were trying to improve their land and their profits,” Teague said.

It’s all about the soil

The key to climate sustainable agriculture is the soil, because soil has an extraordinary ability to store carbon. There is more than three times as much carbon in the world’s soils than in the atmosphere, and scientists say that with better management, agricultural soils could absorb much more carbon in the future.
Even a change of a few percentage points would make a huge difference to the battle against the climate crisis. There is an upper limit to how much carbon soils can carry, but it can take decades to get to that point.
Plants absorb carbon from the atmosphere through photosynthesis, and then put it in the soil through their roots. More carbon is stored in the ground through organic matter and microorganisms. Taking CO2 out of the atmosphere is important, because humans put so much of the greenhouse gas in, for example through burning fossil fuels.
But to be able to store carbon, soil needs to be alive and left relatively undisturbed.
For decades, farmers across the world have ploughed their fields, pumped them with fertilizers and sprayed herbicides. Soil doesn’t need to be alive with modern agriculture; it became a medium for inputs. But it also lost its carbon along the way.
Many farmers and scientists say that the chemical revolution came at a cost and they want to bring the soil back to life. They believe that living soil harnesses sustainable yields and will help the planet.
And to do that, they must combine cattle with crops.
In North America and in South Africa commercial agriculture, crop farming and cattle ranching are generally done by different farmers on different land.
The key to regenerative farming is combining the two. Slabbert never ploughs his corn fields or leaves them fallow, so he is able to keep the carbon in the soil. The corn is tightly packed — he doesn’t need to get in there to spray. 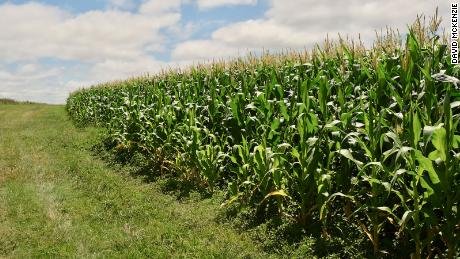 In winter, his cattle herds will come here too and eat the residual corn, depositing natural fertilizer as they go. Slabbert has reduced his fertilizer and chemical input costs drastically, but his yields stay strong.
This begs the question, why isn’t everyone doing it?

Stacked against their favor

For one, shifting away from chemicals takes time. It can also lead to reduced yields in the short term.
The pressure to produce more crops has transformed the agricultural land. Large swathes of land are now used to grow just one crop at a time.
In production terms, that recipe has worked. In the US alone, agricultural production grew by 170% between 1948 and 2015 according to the US Department of Agriculture.
But while it leads to higher yields in the short-term, multiple studies show that ploughing, fertilizing and using chemical pesticides on the soil dramatically inhibits its long-term health.
The US Department of Agriculture estimates that in 2015, US farmers used 22 million short tons of fertilizer for plant production, or around 44 billion pounds (nearly 20 billion kilograms). 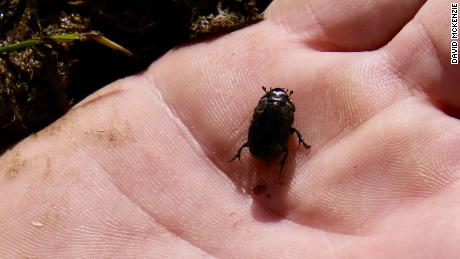 For Art Cullen, a Pulitzer-prize winning journalist reporting from the heart of Iowa’s corn country, the industry servicing agriculture is the problem itself. Cullen has spent a career living among, listening to and reporting on farmers. The editor of the Storm Lake Times, his writing has challenged powerful industrial agricultural interests in the state.
“What is really preventing the change, is all the money that is lined up. There is a lot of money invested in the agri-chemical supply chain,” says Cullen.
He says there has historically been little incentive for companies to embrace farming that limits chemicals and rejuvenates soil. And in the US, farmers are subsidized by the government to plant more corn and other crops than the market demands. 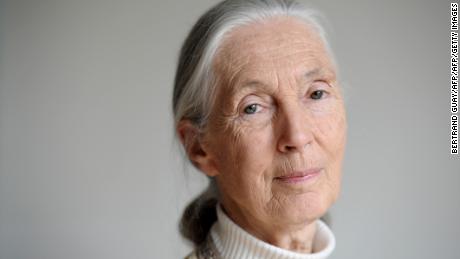 “We can actually solve the climate crisis by sequestering carbon in the soil and paying farmers to do it. And if you say to a farmer that you will pay him a dollar more to plant grass and sit on his butt, then he is going to take that deal every time,” he says.
Cullen says that strategy depends, in part, on who occupies the White House, but he says market forces will eventually drive widespread change in North America just as natural forces are driving change in Southern Africa.
“We cannot ignore this issue much longer. Nature is demanding that we change,” he says. 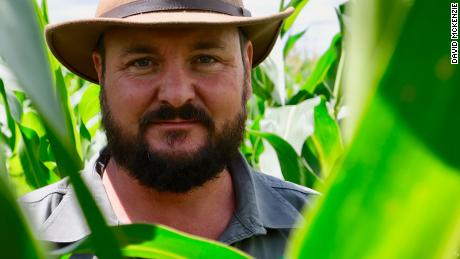 Unlike in the US, South African farmers don’t get any subsidies to speak of. They need to make their farms work or they will be out of a job.
In the area where Slabbert farms, temperatures are rising at a rate double of the global average. Severe droughts in recent years have wiped out multi-generational farms and livelihoods.
“In Africa especially, we are feeling the heat. So climate change is an issue for us. I am not really a biologist or a scientist, but I can see the change in my short lifetime,” says Slabbert.
Research has shown that when droughts hit, regenerative farmers often survive while others go under. Their land retains water better and grazing systems make the grass more robust.
Slabbert’s farm is better at surviving climate change. And on a global scale, farming like this could help solve climate change.
“We need to go back to our roots as farmers and as people connected to the land and soil,” he says. “Change is very difficult and it will take time. But change will happen — it will have to happen.”