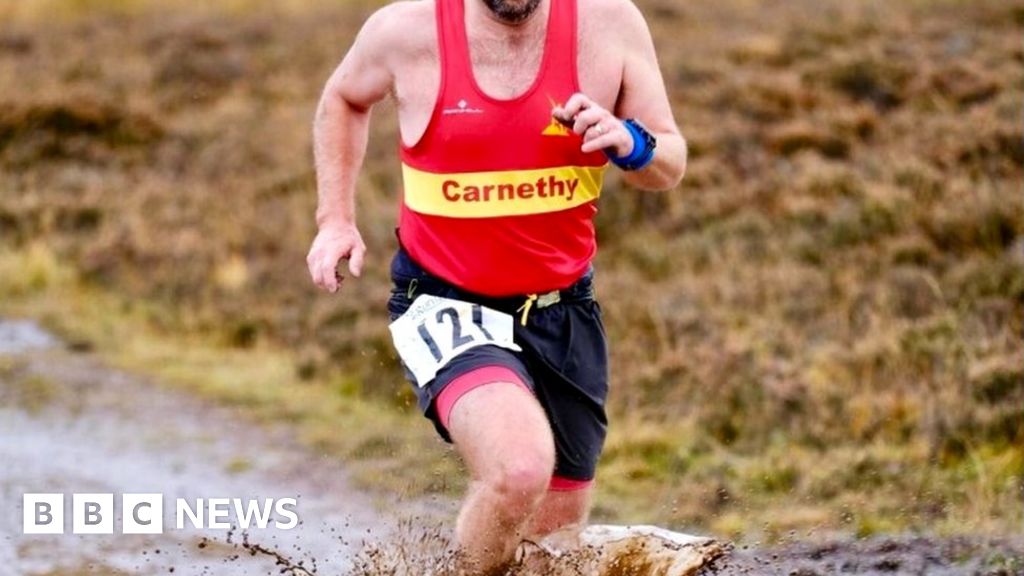 A runner has told of the “traumatic” cow attack he suffered on a public path in the Pentland Hills Regional Park on the outskirts of Edinburgh.

Mark Hartree, 53, said the cow knocked him to the ground before lying on top of him and thrashing its head against him.

The animal, which was with other cows and calves, then got up and charged at him again before pinning him to the ground with all its weight.

Rangers have now put warning signs at the site of the Flotterstone attack.

Mr Hartree, from Edinburgh, said the attack left him in shock, with throbbing legs and a very painful chest as well as a bleeding head.

He said he and his friend Mike had just run off Turnhouse Hill at Flotterstone when they saw cows on the path.

There was a couple there and a family all trying to get past, so Mr Hartree says he started shooing them away.

He said: “That’s when I saw there were calves. They all ran away apart from one mother.

“She was mooing a lot and then all of a sudden she ran at me and hit me in the chest, which knocked me off my feet and I hit my head on a wall.

“Then she stood over me and collapsed her legs so she was lying on top of me and started thrashing her head against my head.

“All I could see was this big eye coming towards me again and again and I thought about punching the eye but then I thought it might make it more angry.

“I had hit my head hard on the wall and I kept thinking I had better not go unconscious.

“It was snorting a lot and I was covered in snot.”

Then the animal stood up and dropped its weight on Mr Hartree again.

He said: “My chest was in a lot of pain and my legs were throbbing. I couldn’t kick it off as my legs were trapped underneath and it weighed so much I could not push it off.

“My head was pouring with blood and eventually I hit it in the face with the palm of my hand.”

When the cow got up again, Mr Hartree managed to get over a fence.

He said he was winded and in a lot of pain. He was bleeding from his head and covered in bruises and scratches and he could hear his ribs cracking when he breathed.

Mr Hartree, who grew up in Kent in England next to a dairy farm, said he had seen farmers shooing cows away before so he thought he would do the same when he saw them on the path.

Mr Hartree, who is the president of Carnethy Hill Running Club in the Pentlands, said: “I was surprised how heavy and solid a cow is, you cannot just push it off. It also happened so quickly and there was nothing I could do.

“I was in shock afterwards, it was traumatic, and the moral of the story is don’t be complacent with cows.

“The safety message from this is don’t go anywhere near cows with calves.”

Doctors said Mr Hartree would recover from the incident, which happened on Saturday 22 August.

Neil Gardiner, Convener of Pentland Hills Regional Park Joint Committee, said: “We were very sorry to hear about the injuries received by Mr Hartree and wish him a speedy recovery.

“Our Natural Heritage Officers have been in touch with him directly about the incident and signs have been installed in the area reminding all visitors of safety precautions needed in the regional park.”

The cows and their calves have now been moved to a field nearby.