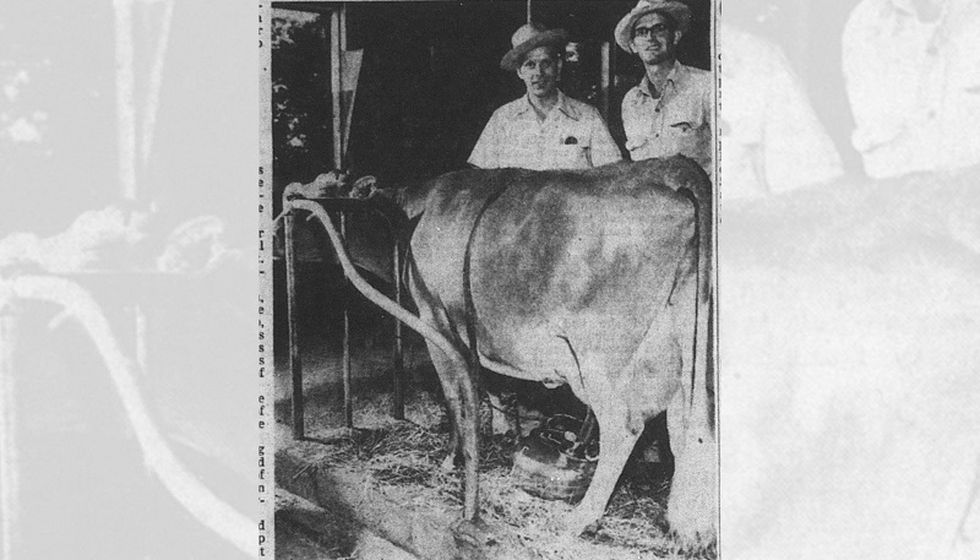 And on this day in 1951, she set the first world record in butterfat production.

In one year, Sally produced more than 16,000 pounds of milk, which made 846 pounds of butterfat.

Sally had a strict diet of a few pounds of beet pulp, as well as a protein, grain, and hay mixture.

Sally was featured in the Fargo Forum, and in newspapers across the country!