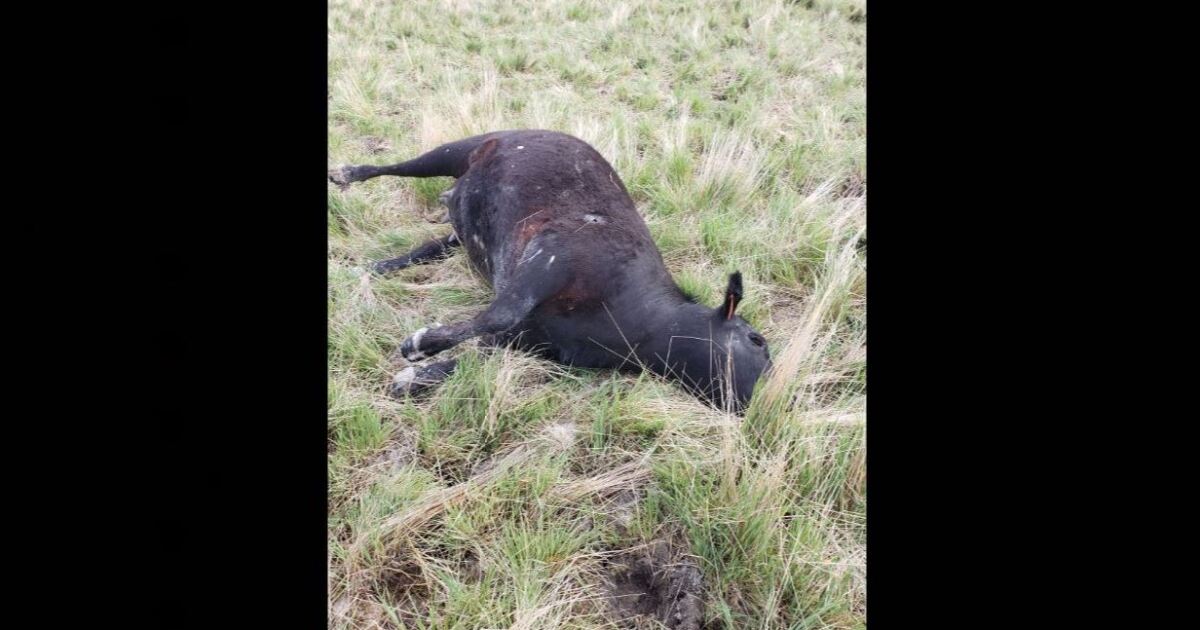 STOCKTON, Utah — A rancher found one of his cows shot to death in Stockton on Sunday morning.

CW Thompson told FOX 13 that he believes someone shot one of his cows from close range, potentially with a pistol. He dug the bullet out of the cow to be included as evidence in the Tooele County Sheriff’s Office investigation.

“Beware there is somebody out there shooting cows,” Thompson warned on social media. “I found one of mine dead this morning. She also has a two month old calf that now has no mother.”

Thompson says he hasn’t experienced this personally before with one of his own cows.

Tooele County Sheriff’s Office confirmed to FOX 13 that they are investigating.

An officer said the cow was shot from close range with a pistol round.

“You can ride your four wheeler or side by side right up to them and they will just stand there,” he said. “She was a young cow with a lot of life left, with a 2-month-old calf.

The bullet Thompson found is being sent in for ballistics testing, and the sheriff’s office is following up on leads.

Anyone with information on the incident should contact the sheriff’s office non-emergency line at 435-882-5600.